Posted by Contrariwise at 11:44 AM
I've had some folks on Etsy ask me to write a tutorial on how to wire wrap a briolette. So I finally got around to it. Remember, this is the way I do it, and it may differ from other instructions you can find in bead books or on the internet.

Instructions:
1)Thread the wire through the bead's hole, making it poke out about an inch on one side.

2)Pinch both wires at the top of the briolette to form the shape of a triangle, making sure that the stone is centered

3) Take the short end and wrap it around the longer wire 2-3 times, like this: 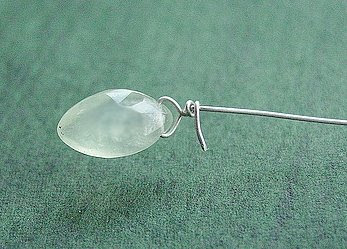 4)Snip off the tiny bit of wire sticking out.

5)Using your round pliers, create a loop: 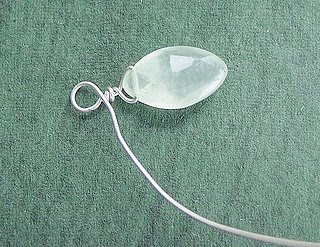 (You could actuall stop here, finish with a wrapped loop, and be done. But we'll continue with wrapping the wire down the gemstone.)


6)Now start wrapping the wire. You will wrap around the wire below the loop, then wrap around the bead. You can stop wrapping above the hole in the bead or below it, depending on the look you want. In this case I wrapped below the hole. 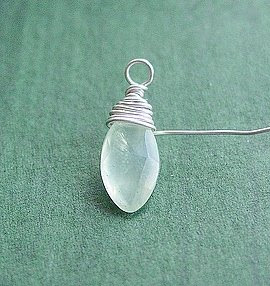 7) At this point you need to decide how to finish this off. There are a number of ways: 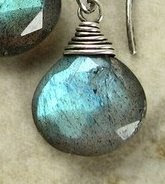 And that's all there is to it! Happy wire wrapping! 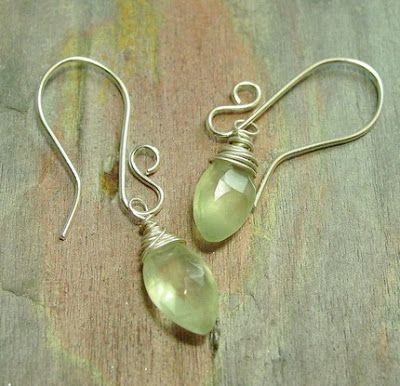