Posted by Contrariwise at 10:16 PM

Yes, Mooshu will be cheering for the Colts this Sunday.  As a Hoosier, how could he not??? 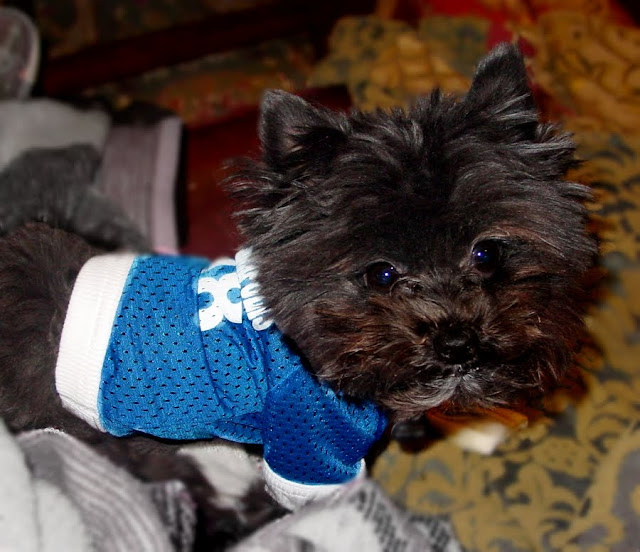 We've been living on and off again in Indiana for the past 30 years.  (No, not MooShu. He's only a puppy.)  So it's obvious that we're rooting for the  Colts.  But about 10 years ago, we briefly made Maryland our home.

I'm really not a huge football fan.  So it was a surprise to me that, whenever I was asked where I'd moved from, the immediate somewhat disgruntled response was inevitably, "Oh.   Indiana.  Yeah, you stole our Colts from us."

This happened every single time I mentioned that our family had moved from Indianapolis. EVERY SINGLE TIME. Obviously people in Maryland take their football very seriously and can hold a  grudge.

As you can imagine, this got tiring pretty quickly.  After a while, I decided that, rather than taking the defensive, I had to do the opposite.

So, whenever I got asked where I was I was from, I took the offensive:  " Oh, we just moved from Indianapolis.  You know, HOME OF THE COLTS."

This also resulted in a dead pause in the conversation.  At least it wasn't DIRECTLY due to me. 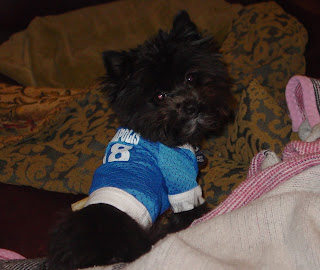 (Oh, and if you couldn't tell, MooShu's a Peyton Manning fan.)


Do you want to subscribe to my blog by email? Click here!.
Would you like to be a Contrariwise follower? All you have to do is click on the link in my side bar on the left.