Etsy featured in the newspaper

Recently, the Indianapolis Star ran a newspaper article about shopping online for Cyber Monday rather than going to the malls. And Etsy was prominently featured in the article and in the photo!

(Click on the photos to bring up a larger image.) 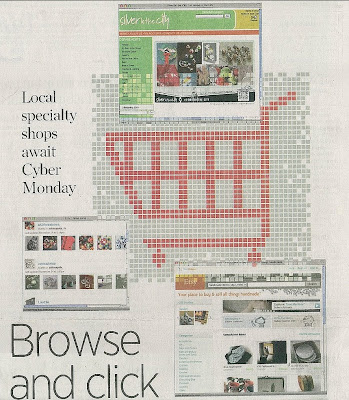 And guess whose shop was included in the photo! 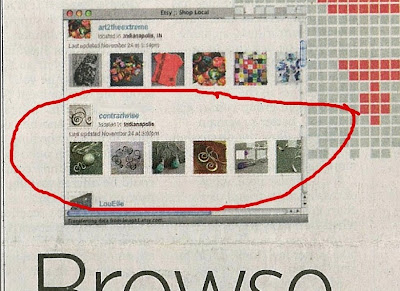 Yes! It was mine!

I was absolutely shocked and ran around the house showing everyone. I had absolutely nothing to do with it. It was just luck that my shop was in the screenshot for the article!