Traveling for business again - Off to Barcelona!

Posted by Contrariwise at 6:14 AM 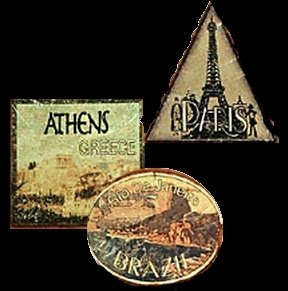 When I was little, my father used to tell me stories about the many places he traveled to when he fought in World War II.

Orginally part of the Polish army, he was imprisoned in a concentration camp in Siberia, was released and fought in a tank for the British forces in Africa against Rommel. He also fought in Italy and in France and who knows where else.

He saw the pyramids, the deserts, religious sites in the middle east (now Israel), famous places in Europe. 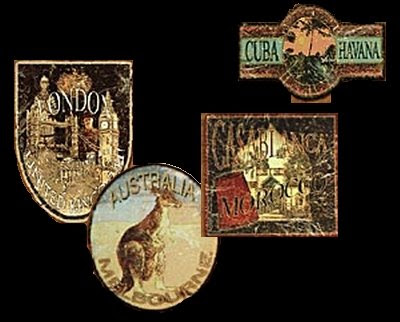 He traveled so much that, after the war, he no longer wanted to go much of anywhere. When I was little, we never went anywhere on vacation. So I never got to see much of the US or any foreign countries.
That changed once I got married and joined the workforce. It used to be that people had to join the army to see the world. Now all you have to do is join corporate America. I've been to Europe too many times to count, Australia, Japan, and I've forgotten all the cities I've visited in the United States.
Saturday I leave for Barcelona. It's only the 2nd time I've been to Spain. I'll be there for a week. (As always, if I have spare time, I'll look for bead shops and try to find some unique stuff. Oh and some sightseeing too!)
Just for fun, I plotted all the places I've been to on business trips in google maps. Here's what I came up with, just for Europe. (Some of the cities I've been to multiple times.) 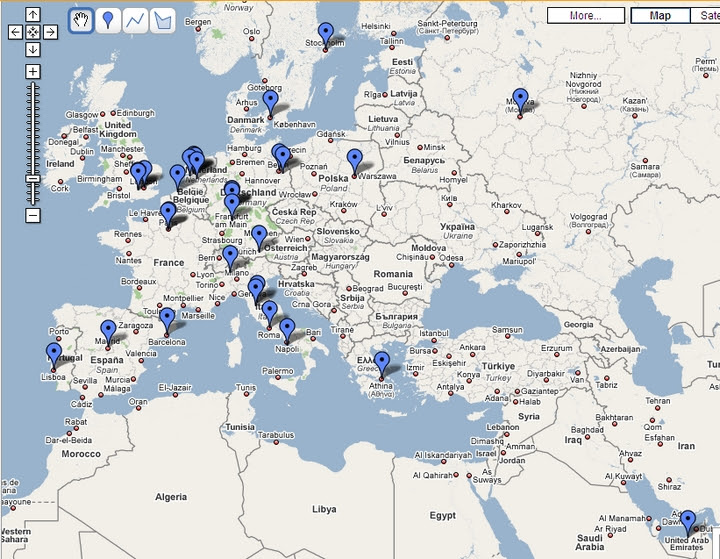 If you want to see the rest of the places I've been to, or more details, here's a link to my google map.
Oh, and I do plan to be posting next week from Spain!