When will you realize... Vienna waits for you... 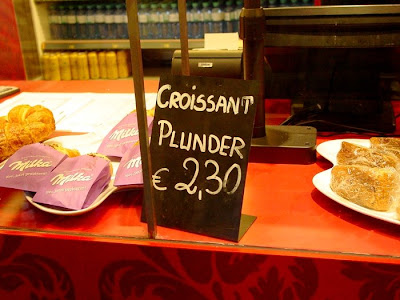 And we have a WINNAH!

Jen guessed that I was in Austria. Wow! good effort! But a blogger named Just Janes came even closer by guessing that I was in Vienna. (Links to her blog and etsy shop are here.)

The photos in my last post were from the Summer Palace in Vienna, called Schönbrunn Palace, which is one of Vienna's top attractions.

[ WARNING: the following paragraph contains a history lesson. ]
The palace started out as a hunting retreat for Emperor Maximilian II in the late 1500's. It was then built up in the 18th century to resemble Versailles…though it didn’t quite pan out that way. The original plans proved too expensive for the imperial budget, and the palace was significantly cut back in size—leaving Emperor Leopold I to make do with a modest 1,441 rooms as his summer residence (ouch!). In the days of Empress Maria Theresa (who had 16 children, by the way, before her husband died prematurely), the palace was elaborately remodeled and finally repainted in a pale mustard color—a shade that became all the rage in aristocratic circles and is still known as “Schönbrunn yellow.” (Website: Schonbrunn Castle)
[/ History lesson over. ] 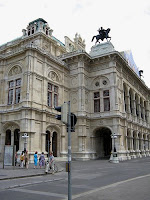 If no one had gotten the answer to "Where in the World is Contrariwise", here are some of the other photos that I was going to post. The Vienna Opera House. Which, in person, is much bigger and much more ornate that I had ever imagined it. (Can you see the open arches on the first level? Well, the ceilings are decorated with ornate paintings.)


I didn't have time to go inside, though. You either have to have a ticket to the opera, or go on a tour.

And St Stephens, the Vienna Catherdral which they started building in the 1300's. I only saw this in passing. If I have time, I'm going to try to get inside.

I have business meetings for the next two full days. But I'll have some free time on Friday afternoon.

Hey, who knows, maybe I'll even find some bead shops.

Hmmmm.....I seem to recall something about Austria being know for crystals. 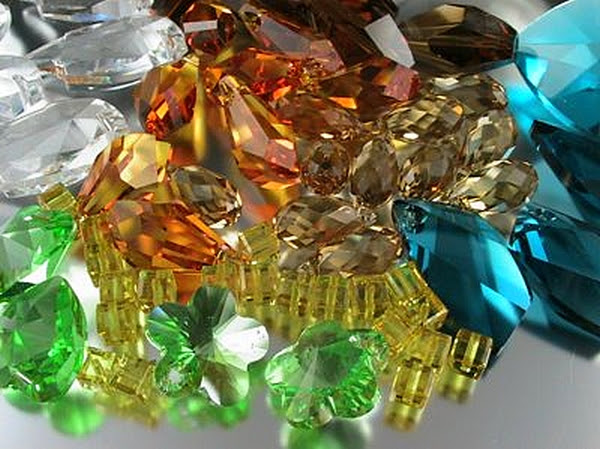 [Note to JustJaynes: no, you CAN NOT have my job.]

Stay tuned, there will be another episode of "Where in the World is Contrariwise" next week.


And if you'd be interesting in subscribing to my blog and receiving it by e-mail, just click Subscribe to Contrariwise ramblings by Email. Otherwise, Blogger now has an option to be a blog follower. Just click on the link in the upper right corner of my blog.