Let's play: "Where in the World is Contrariwise?"

I'm on a "4 business trips in 5 weeks" roll, and I'm off traveling again. This time it's a fairly short trip: about one and 1/2 days of travel and just a single day of meetings! (hint hint) 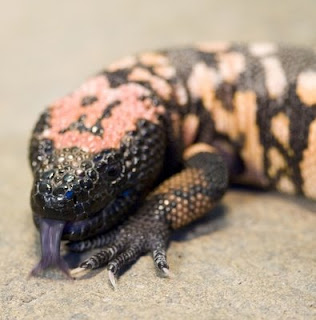 When I last played "Where in the World is Contrariwise" , I was really surprised at how quickly someone guessed that I was in Vienna! And I even thought the photos I used were pretty obscure - I know I would never have guessed the location!

I think this week's location might be a bit easy to guess, so I'm going to try to make it as hard as I can and not use the most obvious clues or photos.

First clue. The animal on the right lives here. However, even if you're a native of the area, it's pretty doubtful that you might see one. They're very reclusive and only come out at night - and rarely at that. One really interesting fact about these animals is that they only eat about 5 or 6 times a year.

A really cool creature, this animal even starred in its own B horror movie. 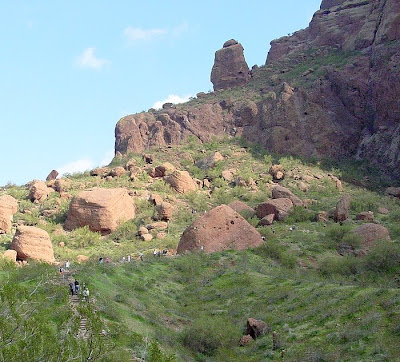 2nd clue. There are lots of mountains around here. But If I showed you a picture of a local mountain, you might be able to name it from its profile - it's quite well known. (So I'm not going to post it!)

I've even climbed this particular mountain with my daughter earlier this year!

On the left is what we saw as we just started our climb. (The large rock in the center is also a landmark and has a very picturesque name.)

It took us over 3 hours to climb the trail and get back down. I'm not as fast as my daughter. Here she is waiting (somewhat) patiently for me. 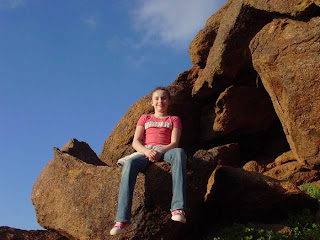 3rd clue: This is a relatively new city, being founded in the latter part of the 19th century and was actually founded on ruins of much more ancient settlements.

OK. Time to guess where I am!

Put your guesses in the Comments. If no one guesses right, I'm going to add some more clues later today.

Tomorrow, I promise to you know where I am and to explain the clues in this post.


Do you want to subscribe to my blog by email? Click here!.
Would you like to be a Contrariwise follower? Then please click on the link in the upper right on my side bar.