Bathing a dog is like simple addition. You just have to get the equation right. For example

First you start with this. (Yes, you're right. He's sitting in the kitchen sink.) 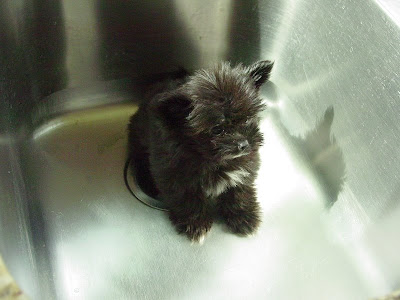 Then you need this. 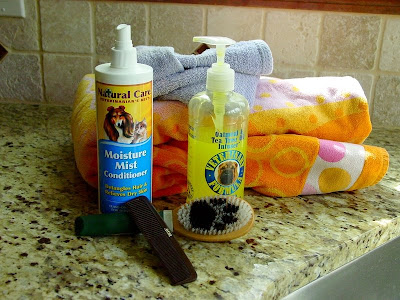 Finally, add them both together with some water, and it equals this: 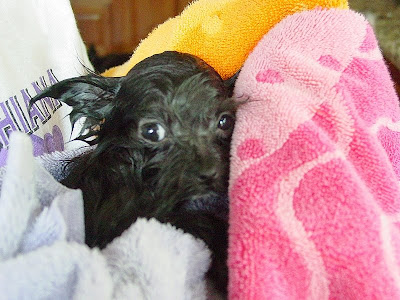 Of course, sometimes the equation doesn't work quite right. For example, you might have too much of one thing or too little of another - which is exactly what happened. In this particular case, all we had to do was subtract a little water from an eye: 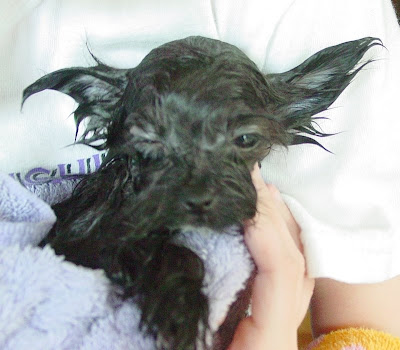 And then everything added up just fine!

Would you like to be a Contrariwise follower? (Mooshu and I love having more friends!) All you have to do is click on the link in the upper right on my side bar.